The health of all life on earth has now been shown to hang upon a “small” group; if the few giants of the planet are in trouble, it might mean giant trouble for the rest of the planet, research shows. 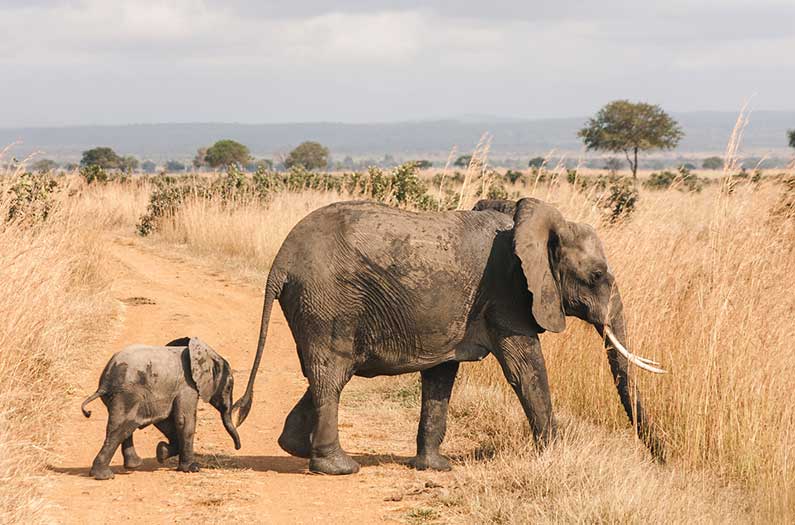 One of the most prominent effects of the present age of ever-increasing significant human impact (the Anthropocene) is the extinction and reduction of the earth’s largest plants and animals (megabiota): the giants of the planet. Since the populations of these organisms are limited by a combination of natural and human-induced factors, they are the most susceptible to destruction during such rapid change as we see in these times.

Debate is rife on the value of large organisms like elephants, whales, and huge trees (such as redwoods and sequoias), for conservation planning and as good indicators of conservation efficiency. This is especially so considering their common use as symbols for conservation campaigns. The big question is this: is it merely about their charisma and the admiration their size inspires? Or is it something more?

A study published in Nature in February this year demonstrated that large organisms are more prone to extinction with increasing human activities. It also showed that the reduction in their numbers and their eventual extinction is, and will be detrimental for the complex workings of biological systems on earth i.e. ecosystem functioning.

Using simulations and forecasting methods, several international authors compared what the physical world was like before humans started destroying earth’s giants through the destruction of their habitats; what it is now, and what it will be in the event of their extinction. The study found out that the loss of large animals will reduce the total amount of wild animal biomass on the planet by about two-fifths (44%). Also, in the absence of large organisms, soil fertility will reduce by 92%.

The study showed that not only will the removal of large organisms negatively affect life on earth, but the effects will also be bigger than is expected i.e. multiplicative. This is because the largest organisms are the largest reservoirs of nutrients and the mobile groups (animals) additionally transport these nutrients through their movements. The loss of these giants will have implications for nutrient cycling; and thus, biodiversity, ecosystem function, and climate change mitigation.

The lead author, Brian Enquist, professor of ecology and evolutionary biology from the University of Arizona, gave an analogy, “The largest banks and corporations in the economy are the most productive and have the most impact on the economy, so when those large banks failed… we had to prop them up economically, or they would have had a disproportionate negative impact on economy. It’s a similar principle with large plants and animals across ecosystems.”

Dr. George Wittemyer, a Colorado State University scientist who was not involved with the study, considered the study to be interesting, and a call to pay attention because as he said, ”the scale of impact is really striking”. He also observed that “The {study’s} main take-home message is that the amount of perturbation on the system {due to megafauna removal} could be substantial and disruptive”

This study suggests to us that the giants of the planet have more value than their size-associated charisma; the size of their importance within the ecosystem is as gargantuan as they are.